The TGV Duplex is a French high-speed train of the TGV family, manufactured by Alstom, and operated by the French national railway company SNCF. It is unique among TGV trains in that it features bi-level carriages. The Duplex inaugurated the third generation of TGV trainsets. It was specially designed to increase capacity on high-speed lines with saturated traffic.

※ From now on all my mods creation will focus on Tpf2
※ I will transfer all my Tpf1 Mods to Tpf2 with details improvement.

For those who has the interest toward my future production, Currently I have two goal. First, I intended to make a High-speed train of the world series. Since most of the High-speed train in the workshop are from Germany, France and China. So I decided to start making High-speed train from other countries such as say Japan and Italy, Second, I also going to make a series of trains of my country, Taiwan. 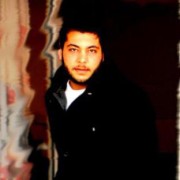